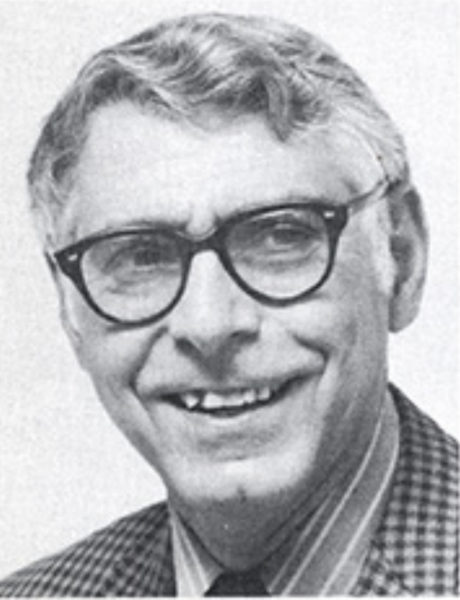 Occupation before the war: commercial artists

Sandi Governale was born on January 27, 1916 in New York City, the fifth of eight children. His parents had both been born in Italy; in 1920 his father was working as a driver with a livery stable. He graduated from Haaren High School, a vocational high school in midtown Manhattan, and studied drawing and painting at the National Academy of Design and the Art Students' League in New York City. He was particularly interested in (and adept at) lettering, design, and poster art. He won first prize in a national poster contest in 1935 on the subject of "Greed: Destroyer of Civilizations."

In 1938 he married Josephine Paglinca; they lived in Brooklyn while he worked as a commercial artist. When he registered for the draft, on October 16, 1940, he was working at Sudler & Haines, likely an ad agency. When he enlisted in the Army, on February 24, 1943, he was living in the Bronx and working as a commercial artist. As was true for many other New York artists and art students, he was assigned to the 603rd Engineer Camouflage Battalion, and served in Europe with the unit. He was discharged in the summer of 1945 with the rank of Specialist.

He and Josephine became the parents of a daughter, Sandra, born while he was overseas. After his return he continued his career as a commercial artist with several major ad agencies, and then became a package and label designer at Schenley Liquor Company. 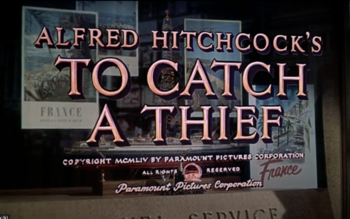 Opening credits from the movie "To Catch a Thief" 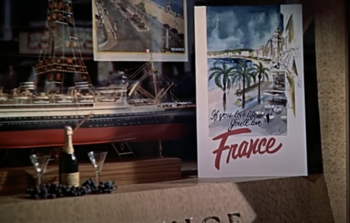 He won more prizes—two for posters for the American Cancer Society and one for a poster promoting travel to France. (The latter appeared for two minutes in the opening title credits for the movie To Catch a Thief in 1955.) The Governales moved to Tenafly, NJ around 1950. Sadly, Josephine died in 1958 when their daughter was only 13.

Sandi also continued to paint—in watercolors, oils, and casein, especially when he studied with artist David Friend in 1965. He won several David Friend Awards, a Jane Peterson Award for oil painting from the American Veterans Society of Artists, and a Merit Award from the New Jersey chapter of the American Artists Professional League for watercolor painting. He also held a show of his work at the Ahda Artzt Gallery in New York.

He was also an accomplished calligrapher. He designed 10 alphabets/typefaces in the 1960s and 1970s, and taught calligraphy at Tenafly Adult School. He also held a 1973 patent for a disposable palette (which included detachable sheets with labels for paint placement).

While living in Tenafly, Sandi was a longtime member of the Tenafly VFW Post. Sometime after Josephine's death, he began a relationship with Jane Guarino, who remained his partner for the rest of his life. By 1996 they had bought a home in Weston, FL. Shortly before Sandi's death, they moved to Sun City Center, FL.

Sandi died on September 9, 2005, and his ashes are interred at the Arlington National Cemetery Columbarium.

From 1972 article in Industrial Arts Methods (see below); clipping attached

1973 patent for a disposable palette

2005 obituary in The Record (Hackensack NJ)