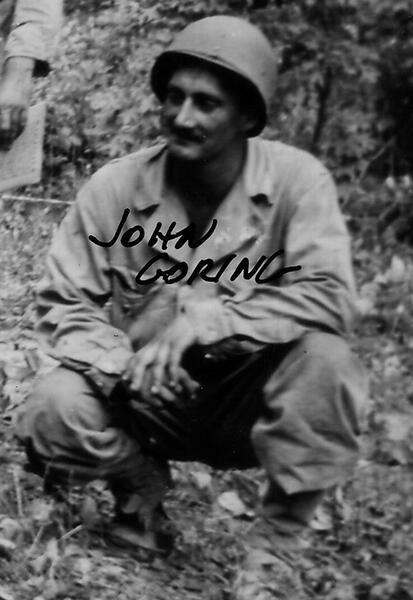 John F. Goring was born in Corry, PA on June 23, 1915. He completed two years of high school. The 1940 census says he is working as a laborer at/on a skating rink; his October 1940 draft card says he is a self-employed farmer, and that he works for the Erie & Crawford Co.

He married Carmelita Elizabeth Giordano, and they lived in Ridgway, PA. They had two children: Carol and Theodore.

The 1948 and 1958 Johnsonburg, PA city directories list John as a painter at Hyde-Murphy. Hyde-Murphy* was a nationally known company in Ridgway that was, at the time, the leading manufacturer of architectural millwork in the US.

John died of pancreatic cancer on March 21, 1965. His death certificate says that he worked as a painter. He is buried at St. Leo's Cemetery in Ridgway, PA.

*Hyde-Murphy was known for a high level of skill and craftsmanship. Over time they provided woodwork for the Pentagon, U.S. Supreme Court, and the Smithsonian, along with many private homes. The company closed in 1961.

NOTE: I could not find his enlistment record, or find him in the National Archives Army Serial Number database.