One formal exercise in deception was held in England. It was called Operation CABBAGE and involved about 40% of the command in the area around Thetford, 29 May – 3 June. It was supposed to act as a dress rehearsal for a real operation in France which called for the simulation of an armored division. (See Operation CERISY, 1-4 July.) Neither radio, sonic or special effects were used and the practice of operation did not add much in the way of technique to the 23rd. It was decided to send the same 40%to France as an advance task force, hereinafter to be referred to as ELEPHANT. 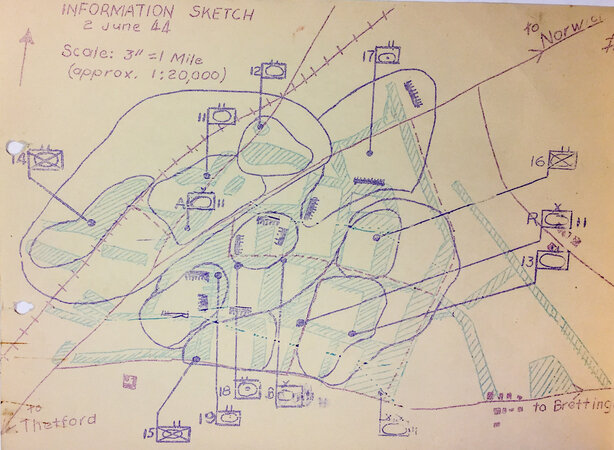