So the whole thing was a mistake. The entire command was drawn up to some fields outside of Mauny (near Sens) and just sat. A few of the more active men, however, continued to reconnoiter and by great good fortune found an immense German liquor cache in Les Granges, only 25 miles away. All one had to do was back up the 21/2 ton trucks. By clever manipulation the 23rd was able to garner 520 cases (6240 bottles) of Cognac. This was enough liquid to drive one jeep 22,000 miles if Cognac would explode. And don’t think it wouldn’t. So his bivouac area is referred to as "Cognac Hill." The Blarney Theatre presented "GHOSTBREAKERS" with Abbot and Costello for four nights running but each night it looked different.

A week later, the command wheeled around and headed back for Paris. 12th Army group had set up in Versailles and it was important to be near them. Besides, Paris, the City of Light, beckoned with a long and graceful finger.

The CP in St. Germain was one of the best the 23rd ever had. The staff with Hq Co and the 406 Engrs tok over the MAISON d’ Ecole de la LEGION d’ HONNEUR, a nice palace which Napoleon had built for his wife, Josephine. The rest of the unit was quartered down the road in CAMP les LOGES, a French military base with tennis courts. It was the first time since Camp Kilmer, N.J., that the personnel could sleep under roofs. 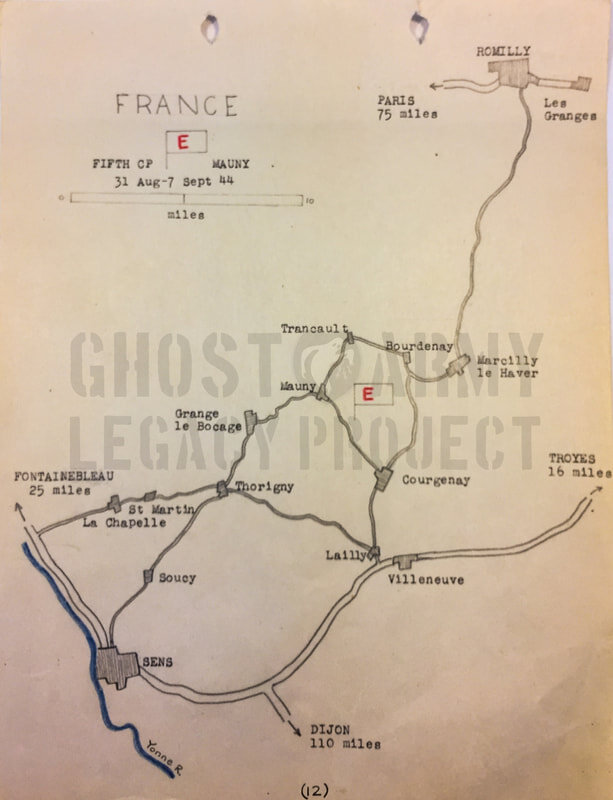 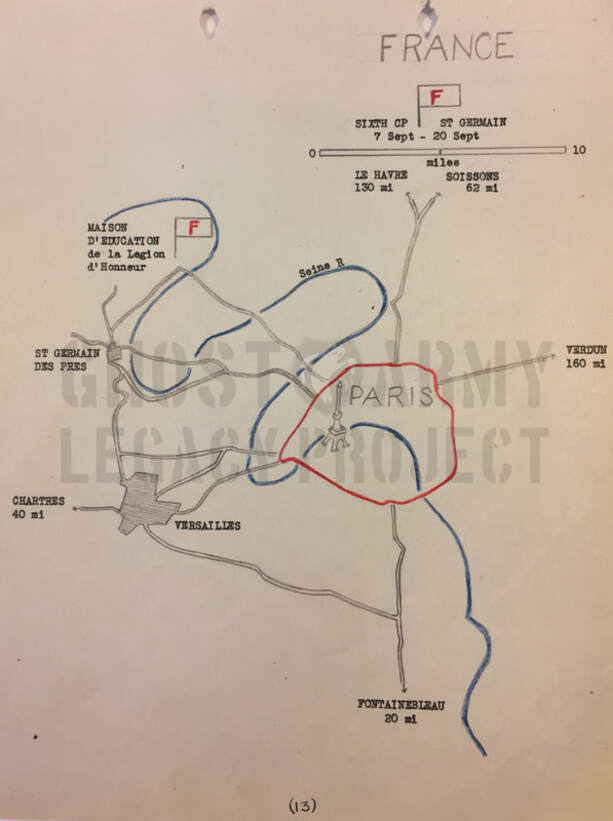