From LOCHINVAR the 23rd stepped right into Operation BOUZONVILLE (11-13 March). This was done in practically the same area and was the last deception job pulled for XX Corps. Although BOUZONVILLE was one of the shortest operations on record (33 hours), it was the most costly in casualties: two killed, 15 wounded. Capt. Thomas G. Wells, earnest young headquarters commandant, and S/Sgt. George C. Peddle, enterprising radio platoon sergeant, were killed in action 12 March 1945 near Picard, Germany.

The main effort of XX Corps was going to be between Trier and Saarburg, Germany. To draw attention away from it, the 23rd was to show a buildup further south opposite Saarlautern. For this purpose, the 80th Infantry Division was simulated assembling in the rear of the 65th. On the morning of the real attack the 65th Div Arty was to put on a demonstration supplemented by 23rd rubber guns and artflashes. On the night of 12 March, the sonic unit played a tank program along the west bank of the river two miles north of Saarlautern. Spoof radio nets were set up on a division SOP but no traffic was carried. Special Effects duplicated all visual evidences of the 80th while the real division attacked on the morning of the 13th under a security blackout. 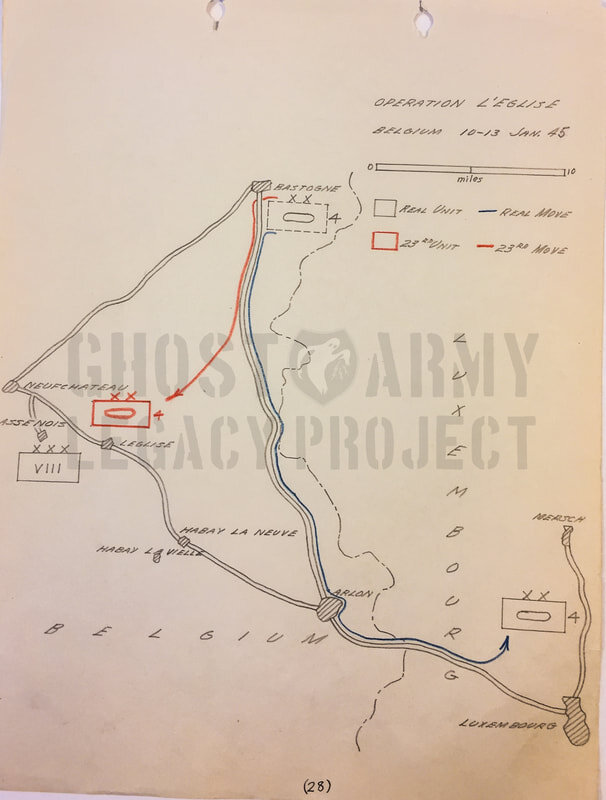 The specific results of BOUZONVILLE are naturally unknown but the 80th reported light resistance in the zone of its advance. XX Corps was pleased.