The good boat left from Le Havre. It was called the GENERAL O.H. ERNST and sailed for America alone and with lights on 23 June 1945. The voyage was smooth, the quarters clean, the prospect glorious. It was a Navy transport and the Army passengers were impressed by the efficiency and good spirit. Sgt. Alfred Berry took over the library again; Cpl. Teddy Katz led his famous orchestra and Sgt. Seymour Kent produced a number of extravaganzas built around two Red Cross girls. Everyone else bathed in the sun. The ship’s paper, THE ERNST ENQUIRER, printed a nice vague history of the 23rd which violated none of the TOP SECET security classification but would serve to quiet the curious folks at home during the 30-day furloughs. 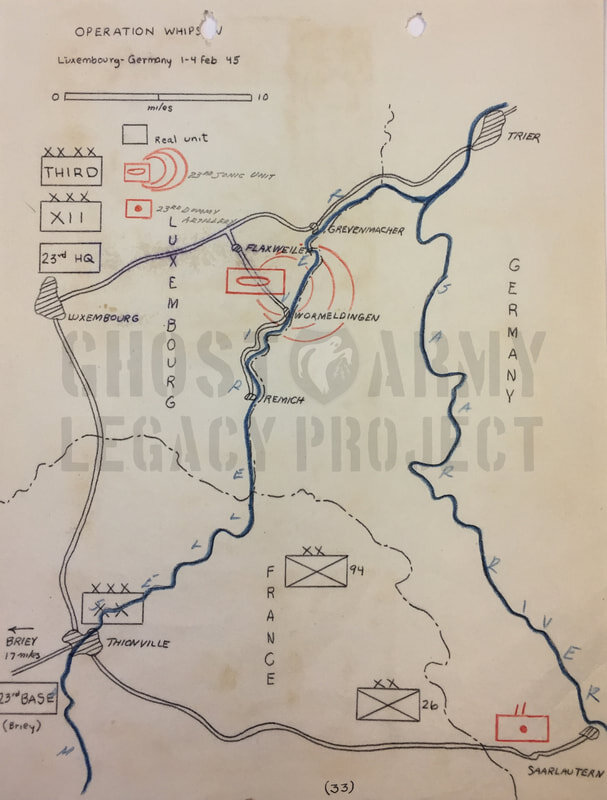 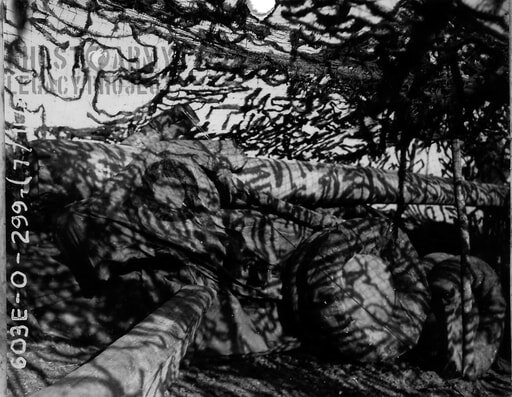 Huge dummy 155mm gun under a camouflage net. These items are easily blown up and hold their shape for long periods of time if properly attended. 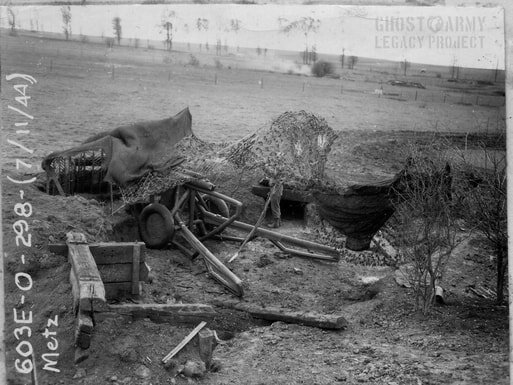 Dummy 105 how in an emplacement recently evacuated by a Nazi shooting iron. Note this made the "trash" and debris much harder to reproduce because it was already ... Operation DALLAS (2-10 Nov 44) Picture 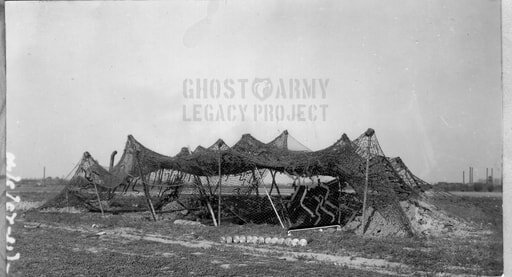