But 30 days will last for just so long.

On 7 August the 23rd, somewhat subdued, began to trickle back into the Army at Pine Camp, N.Y. All the newspapers, magazines and radio commentators were predicting a long war with Japan but the first atomic bomb fell on Hiroshima 5 Aug. The command had hardly reassembled before the hectic week of V-J notes began. Finally, on 14 August, the Japanese accepted the Potsdam terms and the 23rd began to whoop it up in traditional style. The 406th Combat Engineers marched in the Watertown V-J parade. They looked like the toughest of veteran trips because most of them had hangovers.

It now looked like a progressive program of peaceful Information and Education would be set in motion. However, the Army wheels grind slowly and the 23rd continued their POW training. The men were told that the "readiness date" was sometime in February and the groan that went up was awful to hear. But it was all a mistake. On 30 August, Army Ground Forces wrote SECOND ARMY that the 23rd was to be deactivated by 15 September. Its ashes were to be placed in a small Ming urn and eventually tossed into the China Sea.

On 10 September the 23rd Adjutant told your 87-pointed historian that the only thing that kept him from being released was the completion of this story. So now it’s done and tomorrow I will be a free man again. 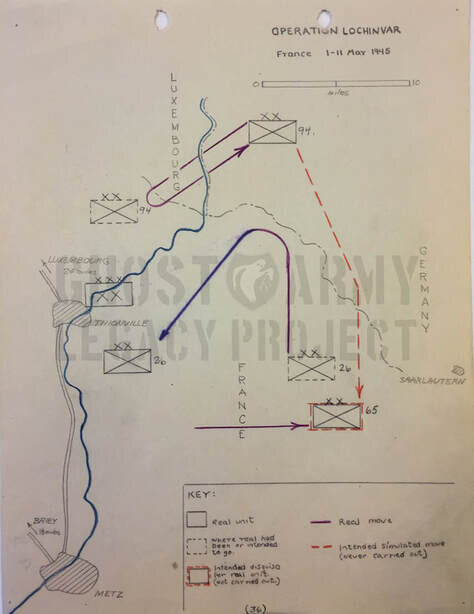