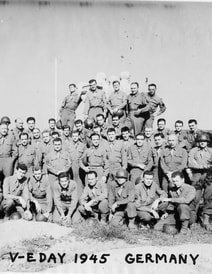 In March, 1945 Ted is transferred to Germany. His first letter to Helen from Germany is dated March 19, 1945. His 31st birthday is on March 22. The unit does not socialize with the German civilians in the same way they had with the French and Belgian people; the Germans realize how much they are hated by the rest of the world, and stay out of the soldiers' way. Ted still finds occasional opportunities to play piano with other soldiers, and he is turning his mind much more to the future, theorizing when he will be released from the Army, when he might have a furlough, and when they might get married.

As you know, today marks my 31st birthday – the 3rd one I’ve spent in the Army. (No – not my 3rd 31st birthday – I mean the 3rd birthday celebrated in the Army.) On my first of these three, I was fortunate enough to be home on furlough, my 2nd was in Tennessee, though I can’t remember how I celebrated (check the files) – and now my third has come here on the alleged holy soil of the Reich. In commemoration, I’ve just been serenaded by three lusty voices in an rendition of “Happy Birthday to You.” 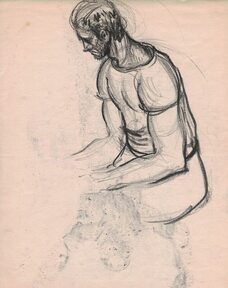 I’ve had a chance to try my skill with the piano tonight. It seems that there are some British troops a short distance away and at these “quarters” reposes a piano that must have been last tuned when Bismark passed through. Anyway, I was able to blame the piano for the mistakes made by my no-longer nimble fingers. 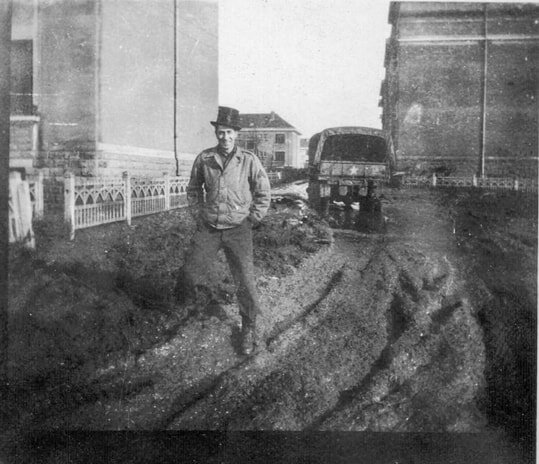 If the war is over soon in this theater and I return in a reasonable length of time and the prospects point to my remaining in the States until the Pacific war is over, I don’t see how we could keep from getting married – no matter what plans we had made before – because we both feel that we should be married at the earliest possible moment. I also agree that in case my stay in the States will be only short one before being shipped to the Pacific – we will wait, because I feel as you, that it would be worse to be separated after only being married a month or two.

Furloughs are now being authorized to the Riviera as well as to England, that part of France being much like Florida in climate. Warm, palm trees etc. But the quotas are so small and the names are picked from a hat (excuse, helmet) – so the mathematical odds are too great, to warrant any excitement. You know the adage – lucky in love, unlucky in cards. 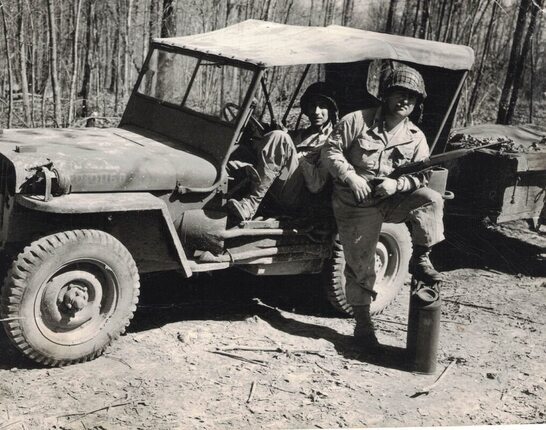 We’ve had a rumor today that President Roosevelt had died – but as yet, although the sources seem authoritative, we still haven’t had official confirmation. I hope it’s not true, of course – for although it wouldn’t affect the course of the war so much, it might have a deep effect on post-war aims. I won’t mention any more about it though, until I get more facts. 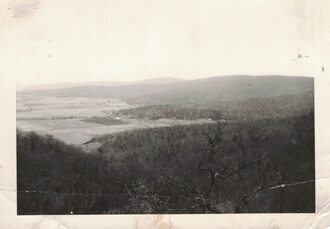 Everything points to a speedy conclusion to the war here – the one dark spot being Roosevelt’s death. Why couldn’t it have happened to Hitler? – or is he being saved for something worse – 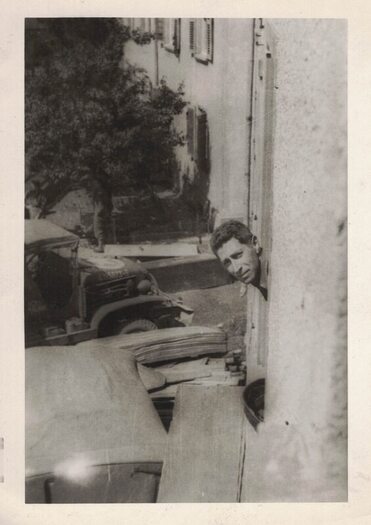 Seeing as how the room is without windows, I foraged amongst neighboring “dwellings,” unoccupied of course, and found a complete window, with frame – which upon my return, I found to be too large – but undaunted, I simply nailed it around the window opening. My other “window,” I covered with cardboard and odd lots of wood leaving just enough opening for the famous stove pipe. And now I have surcease from the wind which has been howling through here like a tornado. 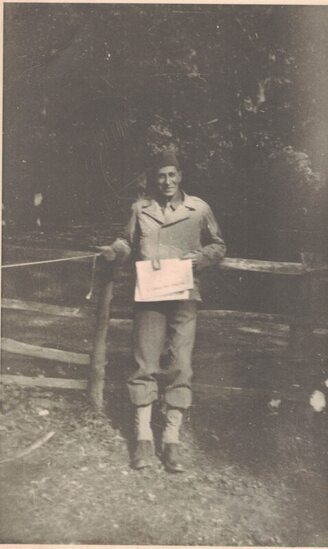 I’ve just been reading the copy [of] the “Star” – Apr 11th – which came today and I note a tiny paragraph which states that the war is costing the U.S. 266 million dollars a day – and then I note how easy it is to look at such an astronomical figure without blinking an eye - 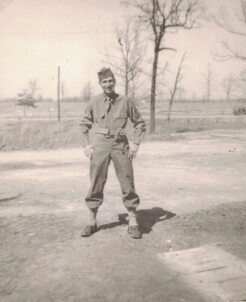 We had a report today, that Hitler was dead – and all I could think of was “so what?” – I guess it’s been expected for so long that when it actually happened it was anticlimatic. I suppose the announcement of the end of the war here will affect me in much the same way. I won’t really express my joy until I’m out of this uniform and will have left this life behind me.

At last we have come to the day that has been long awaited by most of the world. I don’t know how V-E day was celebrated by the rest of the world – but I had a pretty good idea, because the celebration that I viewed was one represented by practically every nation in Europe. These representatives were liberated peoples of Poland, Russia, France, Jugoslavia, Greece, etc. – and the scenes which ensued would really be something to write about, if only I could describe it in detail. In fact, this last phase of the war has resulted in a plethora of bizarre incidents which will make for many, many stories to tell you. Some of them will no doubt seem unbelievable and probably by then I won’t believe them myself. 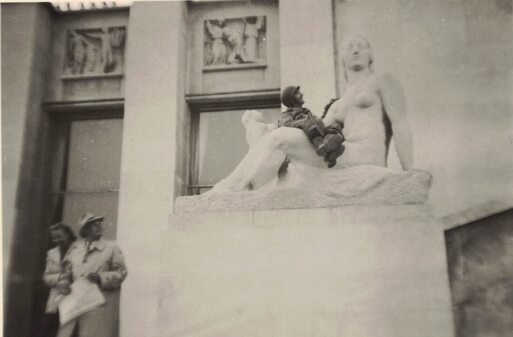 The main topic of conversation these days centers about the point system, just announced, which will honor those with enough points with a discharge. Thus far, I’ve encountered very, very few men who can garner enough of these points to get out. Under this system, it seems impossible to be discharged unless one has children to send the points soaring to the 85 mark. For instance with us we have a man who has been in the Army for 7 years – and he still can’t be eligible for a discharge. I have approximately 58 points – as a result of 2 ½ years of service, of which one year is overseas and 3 Bronze Campaign Stars. 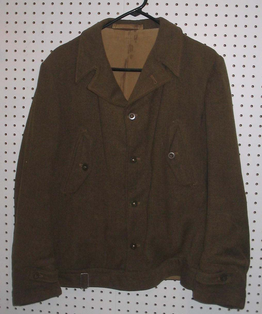 This evening, I find myself being very domestic – having just finished doing some sewing, which consisted of sewing stripes on my new ETO jacket. Now, just in case you may wonder what an ETO jacket is, let me explain that ETO stands for European Theater of Operations and the jacket is an article of clothing fashioned after a style set by Gen. Eisenhower. 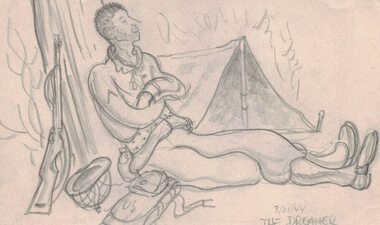 Our censorship regulations have been relaxed to the point where I can give you some wonderful news – I’ll be coming back soon! That much is definite. I can only guess when, - but I can venture to say that I’ll be back possibly by the end of this month or the first part of July – of course I’ve known about it for some time, but this is the first time I’ve been able to come right out and tell you about it. I feel as though I were about to knock at your door – happy as can be with anticipation.