Dahl Letters : Back in the USA 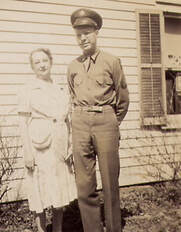 Almost all of the letters in this section are undated, and are ordered based on what was known about his itinerary. On July 4, 1945, Dahl was at Camp Patrick Henry, Virginia on a 30-day furlough. In August, he was transferred to Pine Camp, New York. In September, Dahl was sent to Camp Shelby, Mississippi, and in October he was in Camp Sibert, Alabama. Dahl was discharged on October 19, 1945. 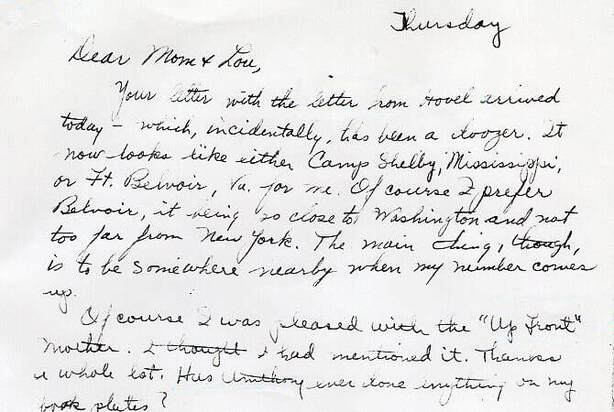 It now looks like either Camp Shelby, Mississippi, or Ft. Belvoir, Va. for me.  Of course I prefer Belvoir, it being so close to Washington and not too far from New York.  The main thing, though is to be somewhere nearby when my number comes up. ... Certainly it will feel strange to be in an outfit other than the 603rd.  I hope we will not be going thru any training or other nonsense but either doing a job or awaiting separation. ​ 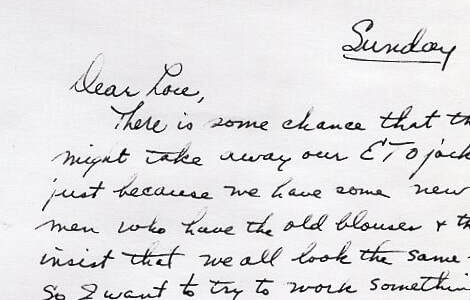 Tomorrow we start training just as if the Jap war were on as before - we have no new orders so they are going to follow the old ones & make us train for the Pacific. ... I wish I would hear from Nancy [Woodell] - lord knows what will happen to any of us very soon. 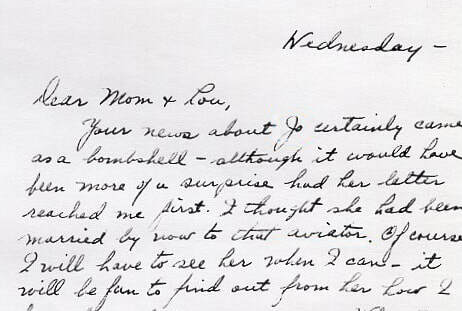 Poor Lt. Line!  The officers get out with 85 points & he lacks just one.  We lost Aliopoulas & Ohlson. Danstedt & Erickson were supposed to leave but they got in a fight with some cops in Watertown last night so now they have to stay until the charges against them are satisfied.  Eric also has a bandaged hand - contact with a nightstick was not beneficial.

I certainly wish a letter would come from Nancy [Woodell] - it is 3 months since I heard from her & that’s an awfully long time. 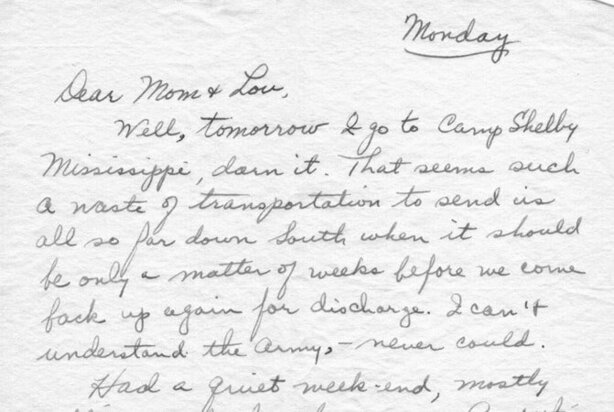 Well, tomorrow I go to Camp Shelby, Mississippi, darn it.  That seems such a waste of transportation to send us all so far down south when it should be only a matter of weeks before we come back up again for discharge.  I can’t understand the Army - never could. 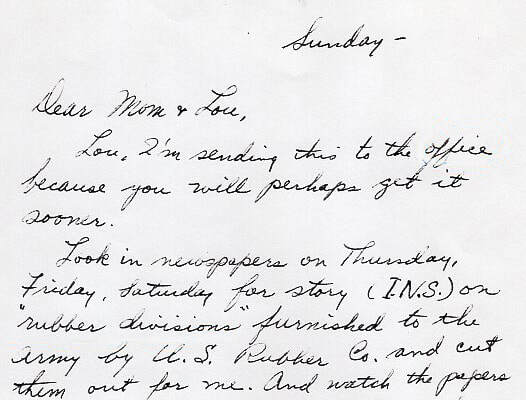 Friday’s “New Orleans Item” carried quite an interesting little story put out by U.S. Rubber, but not going into any detail, telling how they had provided the army with countless dummy tanks, trucks, planes, guns, etc.  Which were used by a special engineer unit overseas.  Interesting don’t you think so?  They didn’t mention the unit that used them & I don’t think they told more than a fraction of the story, but even that much is interesting. 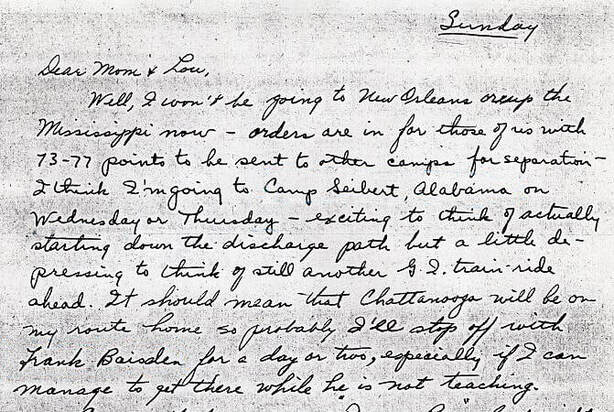 Well, I won’t be going to New Orleans or up the Mississippi now - orders are in for those of us with 73-77 points to be sent to to other camps for separation - I think I’m going to Camp Seibert, Alabama on Wednesday or Thursday - exciting to think of actually starting down the discharge path but a little depressing to think of still another G.I. train-ride ahead. ... Saw a stock version of “Porgy & Bess” last night which was well done from a performer’s standpoint but poorly managed - too bad the 603rd wasn’t here as an outfit or we would have made them good scenery and done a better lighting job.  But even so it was enjoyable to hear some really good chorus work. 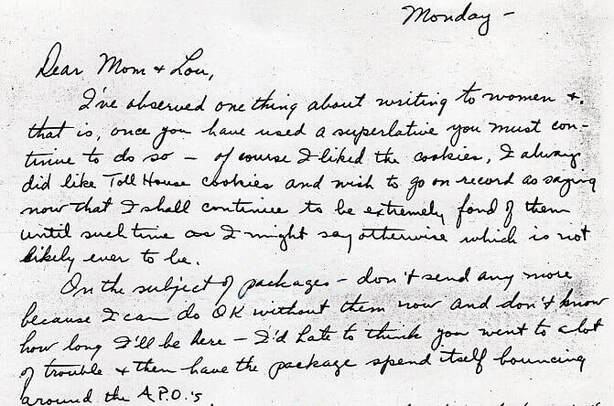 Not having heard from Nan [Woodell] in all this time looks not at all good, so I am going ahead with alternate plans in which the schooling will be at night instead of days.  Probably will be the same subject - languages - also probably at Berlitz if such a thing can be arranged under G.I. Bill of Rights and I think it can. ... I also have some ideas about starting out for myself along with Otis Riggs & Carl Johnson & perhaps another fellow in a special kind of interior decoration firm. ... Am enclosing a clipping from Newsweek about 23rd.  They still are not telling too much.