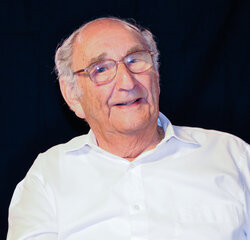 In 2018, Ghost Army veteran GiI Seltzer, who was 103 at the time, received an autograph request from someone named Sam Smith that was acompanied by a list of questions.  (Many surviving Ghost Army veterans report receiving autograph requests from all over the world.) Seltzer, who served as a Lt. in the Headquarters Company of the 603rd Camouflage Engineers began to set down answers, and soon found himself caught up in the task.  "I had no intention of spending so much time and energy answering your questions," he wrote at the end of his four-page response.  "However I found that I was dragging up many memories that had become somewhat distant and vague,  So let us say that the effort was as much for me as for you."