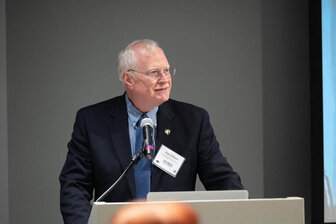 Roy Eichhorn is president of Critical Thinking Applications LLC and consults on critical and strategic thinking. As Director, Research and Development, US Army Command and General Staff College, he did extensive research on the Ghost Army and other military deception efforts. Roy contributed to the re-introduction of Ghost Army deceptions to the U.S. Army and developed case studies around it for Army schools. He is the stepson of Ghost Army soldier George Martin (603rd).