John Jarvie (Past Board Member) 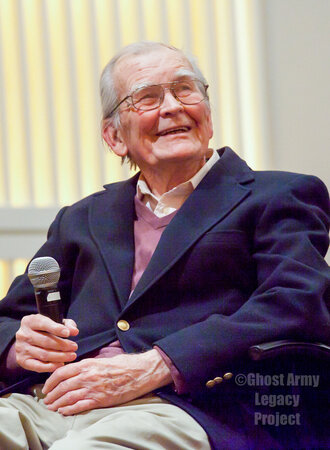 ​John Jarvie studied art at Cooper Union before joining the Army in 1942. He served as a jeep driver in the 603rd Camouflage Engineers, the visual deception arm of the Ghost Army. After the war he spent thirty years as an art director for Fairchild Publications, owner of Women’s Wear Daily, supervising a staff of artists and writers. A resident of Kearny New Jersey, John passed away on July 11, 2017, at age 95. Photo by Mara Brod.